Scroll Down to discover
0
1 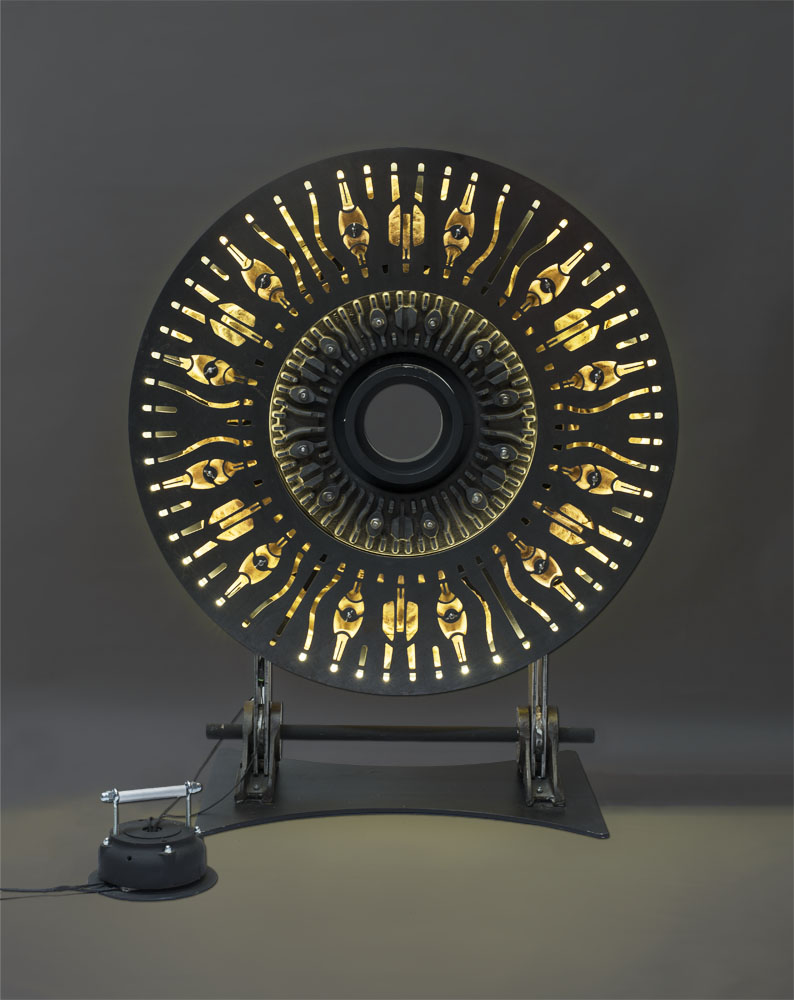 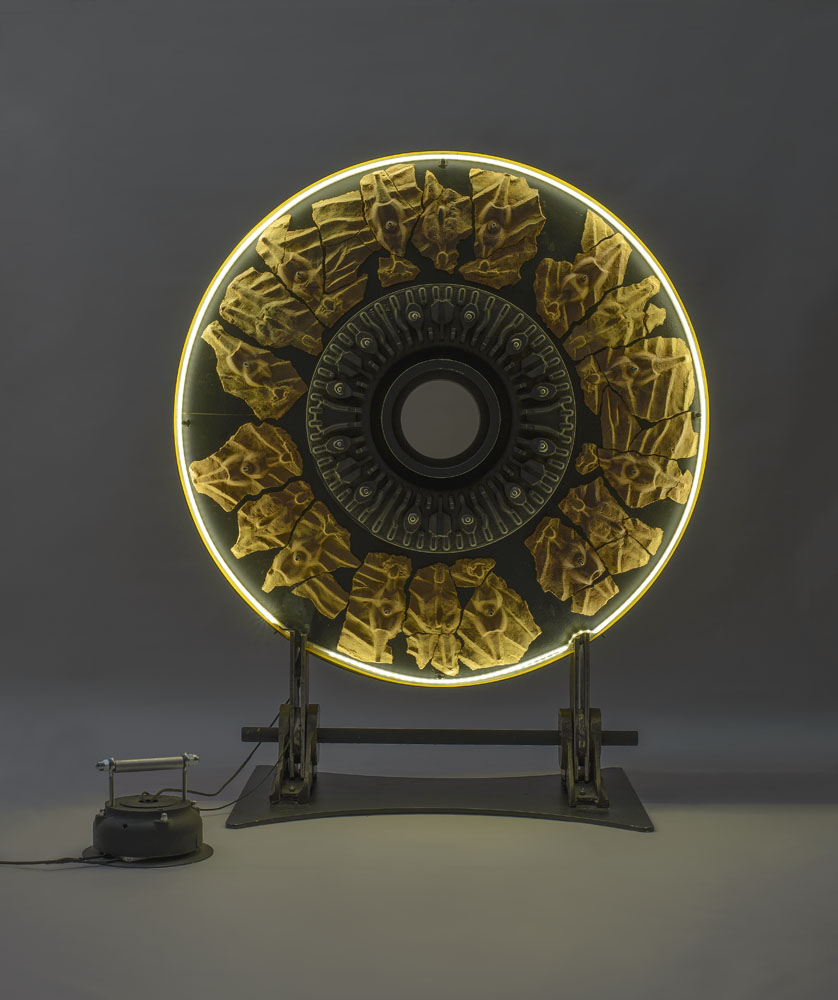 This project was created for the Coderail 2017, organised by ΟΣΕ in cooperation with ΑΣΚΤ on November 2017 The title of the project is literate. It consist of two metal disks made of Corten laser-punched sheet metal, with a diameter of 1.24 m at the center of which there is a pair of disc brakes that are still in use today. They are inverted, losing their utilitarian meaning. Their inner side with the embossed straight and curvilinear elements is now visible and through the complicated passages necessary for their operation, shapes and geometric shapes are revealed. This reconciliation of geometry with organic in an object that is essentially an industrial product draws reminisces the industrial styles at the end of the 19th century. Which emerged from the evolution of ironwork for the construction of trains and railway stations. While iron dominated as both a building material and a decorative element at the same time. [Youthstyle, Jungendstil, Art Nouveau]. Within those brake disc plates I identified features of that era; my thoughts, associations, and images that formed in my mind synthesised this sculpture. The embossed figures of the discs were redesigned into enlarged two-dimensional figures and illuminated were transferred on a round iron lace, which frames the brake disc plates. Beneath that perforated sheet of metal lay hidden clay figures, crushed and fragile, images of a time that has long since passed. 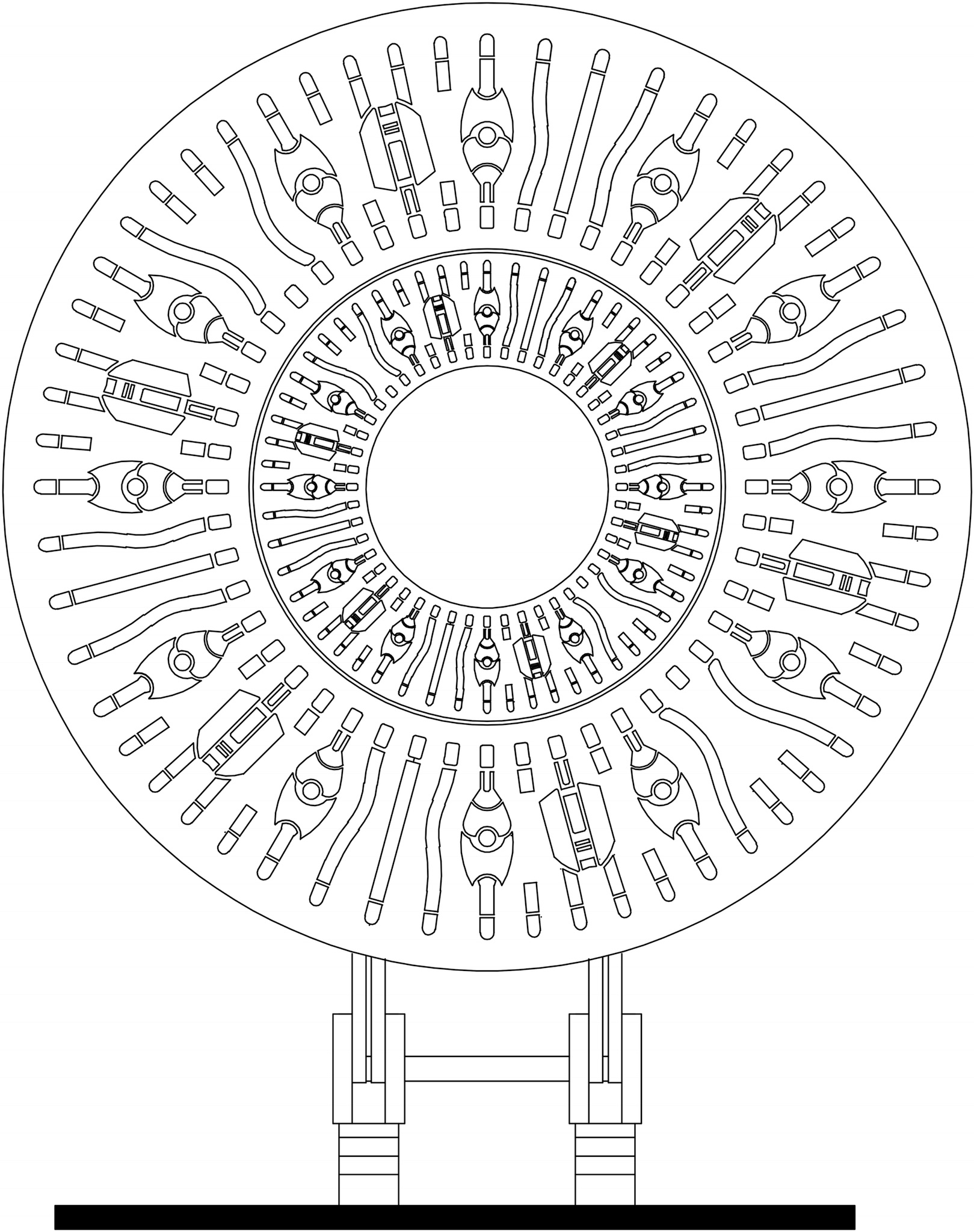 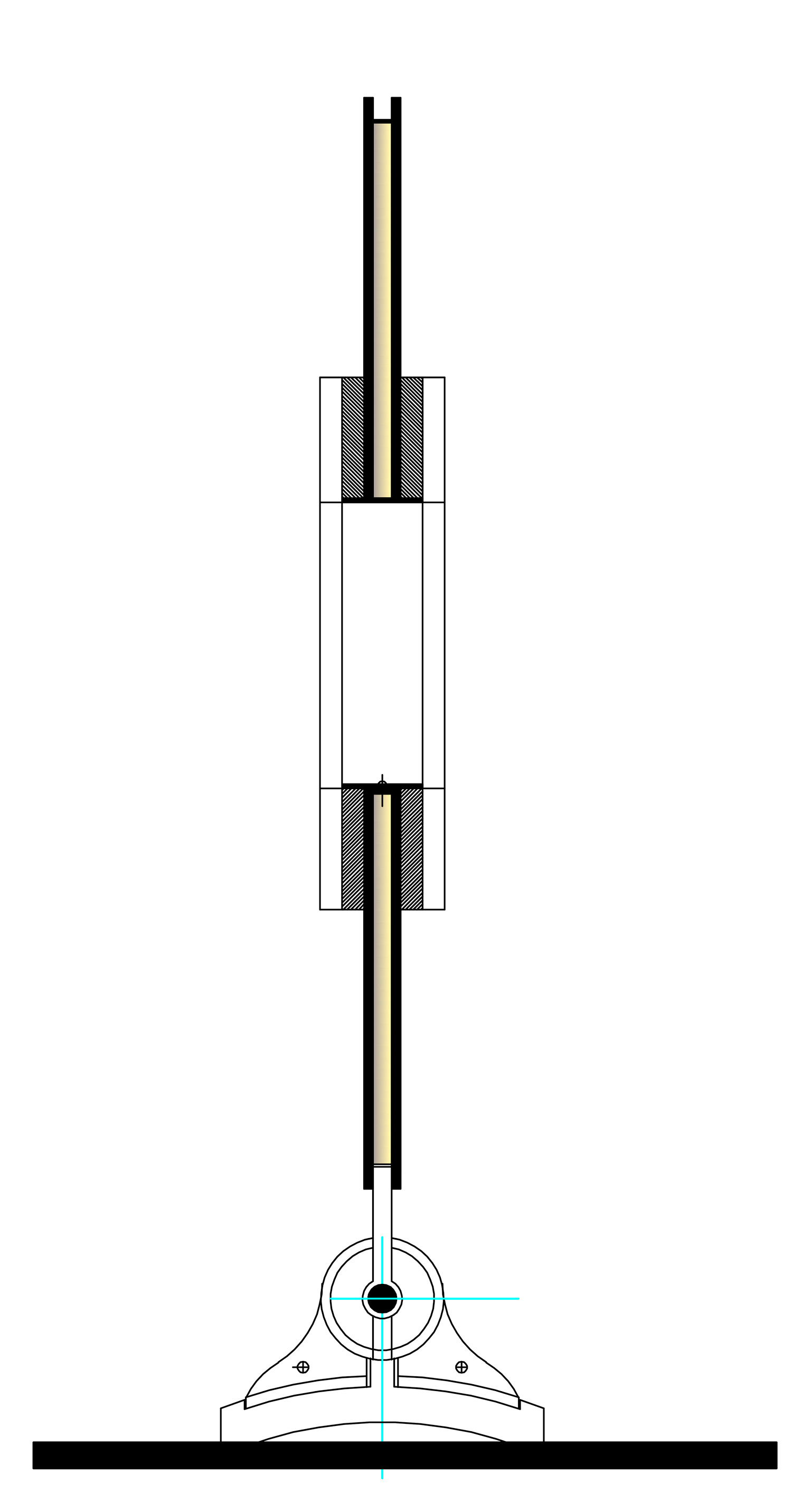